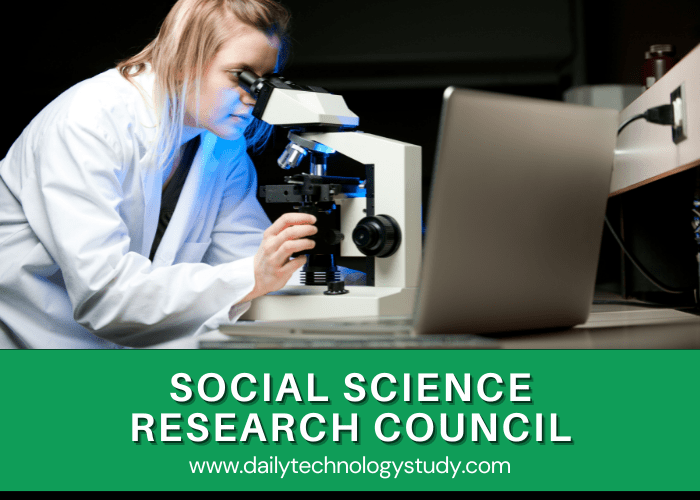 Charles Merriam, President, American Political Science Association, was the first to advocate the idea for a research council. This would promote “the closer integration of all social sciences” and create interdisciplinary approaches to solving social problems. Beardsley Ruml was President of the Laura Spelman Rockefeller Memorial (LSRM) and helped to create the Social Science Research Council (SSRC). This council was established in 1923.

The SSRC brought together all the major social science societies in that period, including those working in political science, sociology and history. The Rockefeller Foundation’s 1929 Annual Report (RF) reveals that the Social Science Research Council played a significant role in bringing about cooperative research in social science since its inception in 1923. It provides Rockefeller Foundation with invaluable advice and administrative support in all matters related to research advancement in this area.

SSRC staff did not conduct their own research outrageous acts of science. Instead, they formed research planning committees made up of prominent scholars from member societies. These members could develop research agendas in some cases. In others, SSRC staff would share research themes and ideas with academic departments and journals to attract more researchers to apply to fellowship or project support. These results would be shared with the academic community, policy makers, and the public. With a small egg mobile staff and an operational plan, and support from LSRM (and later the RF), SSRC quickly became an operating arm of foundations similar to that played by the National Research Council in science and the American Council for Learned Societies in the humanities.

After the 1928 merger of LSRM/RF, the SSRC was made a continued partner of the Foundation’s Division of Social Sciences (DSS). This partnership lasted even after the DSS was disbanded. The SSRC encouraged new research methods and fields. The Foundation supported the SSRC’s research planning activities and fellowships. Grants for specific research projects were also provided by the Foundation. These grants and fellowships were initially restricted to senior and postdoctoral scholars. However, in later years, pre-dissertation research was supported.

Staff members from the SSRC, research planning committees and Foundation staff developed a close working relationship. There were also complementary approaches. For example, the Foundation would fund international fellowships while the SSRC would fund North American ones. The Foundation also provided grants for research to individuals and institutions, while only the SSRC offered such grants to individuals. [3]

The Foundation made a $1.5 million special capital grant to the SSRC in 1951. This increased the total RF and LSRM investment in SSRC to $10,000,000. Today, the Foundation supports scholars and research through the SSRC. The Foundation’s mobile fortress comments on a program review in 1983 by staff continue to be a good description of this long-term relationship.